What an end to the Yorkshire Inter-District Veterans Bowling League season with Halifax on 204 points and Bradford and the West Riding both on 198 prior to the final round of games.
The Halifax team, sponsored by Bluebird Care; were playing Huddersfield who were in 4th place but out of contention to win the title whilst Bradford and the West Riding were playing each other.
The home team used the green at Greenroyd Bowling Club. In the first half each side gained two wins but Halifax were ahead on the aggregate by 11.The winners being Ian Smith and Brian Winrow.
Huddersfield were using a very fast and difficult green at Crossland Moor and at the halfway stage like the home team the Halifax players had gained two wins and were 4 behind on the aggregate. The winners were Clive Harte and David Wood.
Home team captain; Malcolm Griffiths at home following his recent operation was keeping in contact with all the games and calculating what the Halifax team needed to do to win the title but the way the games were panning out it was going to be a very close finish.
Halifax needed Bradford and the West Riding to share the points and Halifax a similar score or better against Huddersfield.
The home team obtained another three wins after the break through Alan Dean, Alwyn Guide and Gordon Bradford. With an 18 point aggregate advantage the home score was 18-10 in favour of Halifax. The away game was taking a long time on the fast green but things were not looking good for Halifax as the four second half players were all struggling.
The Bradford versus West Riding result came through with a 29 points to 27 win for the West Riding giving them a total of 227 points with Bradford on 225. With the home result Halifax were now on 222 so 6 points or more was required by the away team.
The call then came through from Crossland Moor the Halifax away team had lost but had obtained 7 points losing 21-7 but those 7 points were enough to win the title for the third time in the last six years. 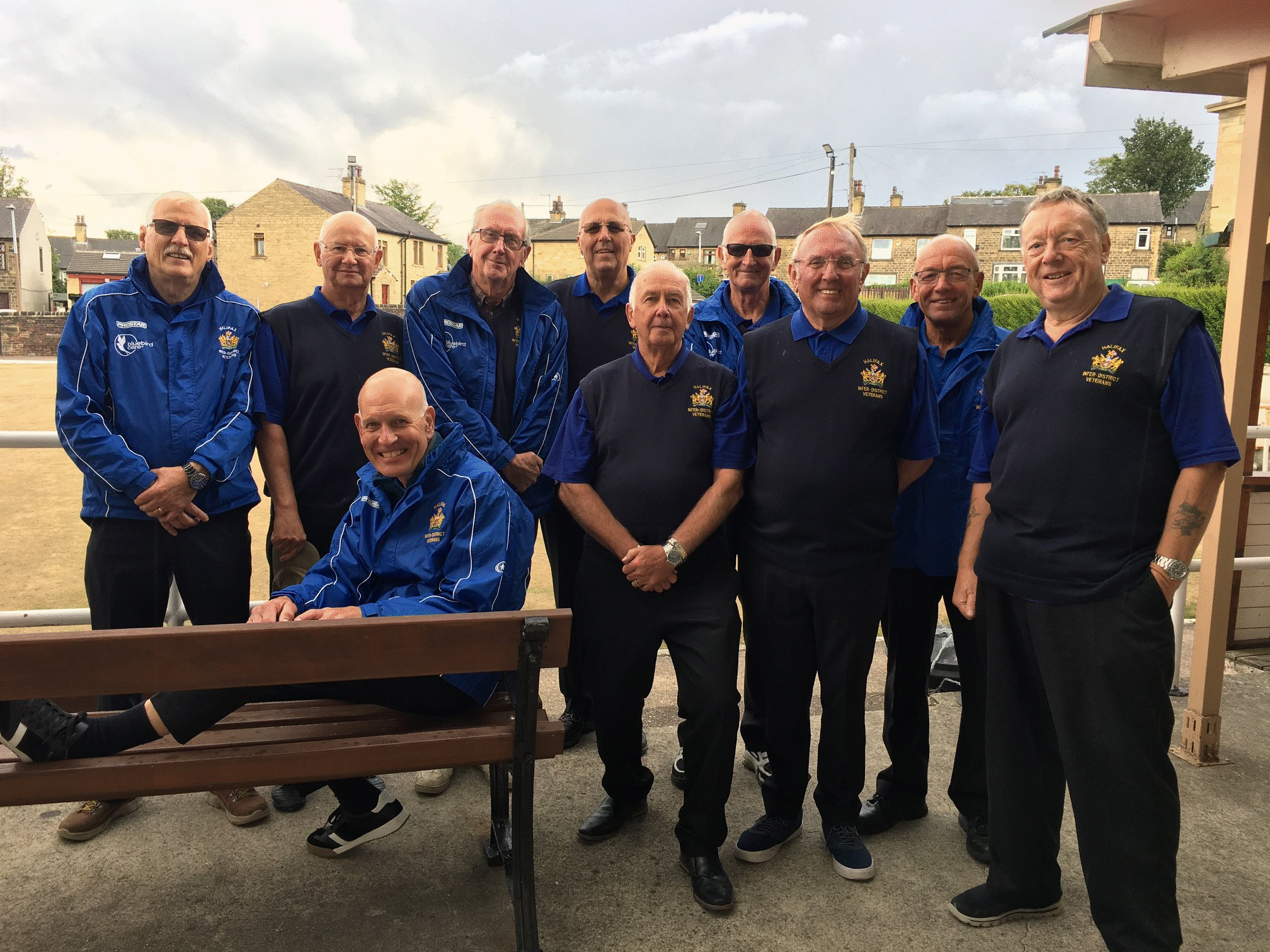 The other final round results were:

The final league table is:

The management team of Malcolm Griffiths (Home) and Peter Collins (Away) would like to thank Bluebird Care for their sponsorship once again and Kingston, Sowerby and Greenroyd Bowling Clubs for hosting the home games on their excellent greens. A big thanks is extended to the Halifax League Chairman; Richard Pilling for measuring at all the home games and all the other helpers and supporters. Thanks are also extended to all the players for the excellent team spirit which existed between both teams which probably helped gain a few points.
The home team were unbeaten all season whilst the away team gained more points than any other of the away teams. All the players pulled together in obtaining the title for the third time in the past 6 years.